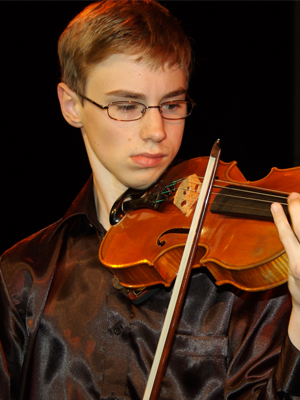 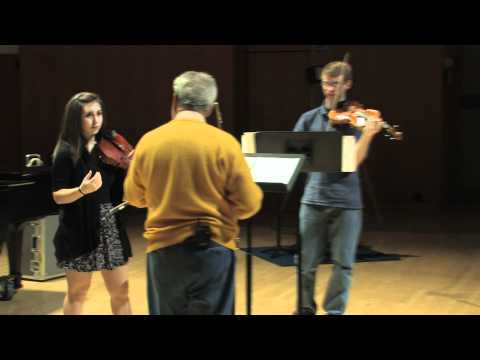 Kenneth Renshaw (violin), 17, is from San Francisco, California and has appeared on From the Top twice in the past, once as a soloist in 2008 and again as part of the Soleil Trio in 2010. He is a past recipient of From the Top’s Jack Kent Cooke Young Artist Award. In addition to violin, Kenneth plays piano, guitar and is a composer. He performed at Carnegie Hall when he was just 8 years old. When Kenneth is not practicing, he enjoys playing tennis, creative writing, and reading.

From the Top · Sir James Plays From The Beethoven Serenade