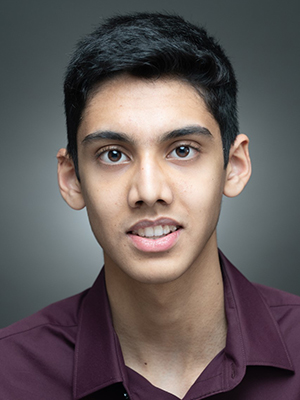 Ukki Sachedina (pianist), 16, hails from Redondo Beach, California and is an eleventh grader in the iLEAD Exploration homeschooling program. He studies piano with Jeffrey Lavner at Colburn School’s Music Academy. Ukki has won numerous national and international honors including first prize at the Rosalyn Tureck International Bach Competition in New York City and first prize in the Sound Espressivo Global Competition. Other prizes include Honorable Mention in the under 35-years category (“Longer Works”) of the Los Angeles International Liszt Competition, and first prize in the South Coast Symphony’s Young Stars of the Future Auditions, awarding him the opportunity to perform with the Symphony in April 2022.Ukki’s performances have been featured on New York’s WXQR public radio, as well as in the New York Concert Review. He has attended masterclasses with artists including Jean-Yves Thibaudet, Alessio Bax, Peter Takács, Alan Chow, and Fabio Bidini. Ukki is also training as an orchestral conductor, studying with Maestro Maxim Eshkenazy at the Colburn School. Ukki is involved in numerous outreach programs such as the Los Angeles based Musical Traces and is committed to giving free public performances throughout Los Angeles’ libraries and schools. Outside of music, he enjoys learning languages, particularly German and French, and seeks to use his knowledge to better understand the classical music they are connected with. Ukki also enjoys cooking and sharing meals with family and friends.