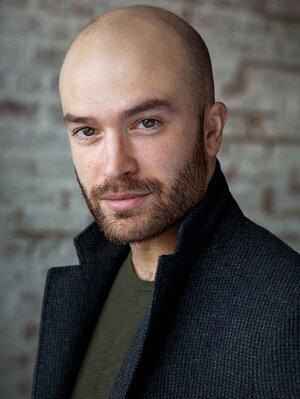 Grammy Winning Baritone John Brancy‘s intense musicality and communicative power place him among the finest of baritones of his generation.  Hailed by the New York Times as “a vibrant, resonant presence,” Brancy won First Prize in the Art Song Division of the 2018 Concours Musical International de Montreal. A win that recognized him as a premiere interpreter of Art Song repertoire in our time.  The New Jersey native also won First Prize in the 2018 Lotte Lenya Competition in New York, Second Prize at the 2017 Wigmore Hall Competition in London and prior to that won the media prize in the 2017 Belvedere International Singing Competition in Moscow and first prize in the Jensen Foundation Vocal Competition in 2015. He is also a past winner of the Marilyn Horne Song Competition and the Sullivan Foundation Grand Prize.

Brancy recently debuted with the Los Angeles Philharmonic (Meredith Monk’s Atlas) and San Francisco Opera (Billy Budd) and looks forward to premiering a new work by Michael Gandolfi with the Boston Symphony which will also mark Brancy’s debut at Tanglewood. Also on his 19/20 schedule are performances of Messiah for the US Naval Academy and the Florida Orchestra, Jonathan Dove’s Flight for Pacific Opera Victoria, Rameau’s Platee for his Des Moines Metro Opera debut, Brahms’ Deutsches Requiem for Opera National de Bordeaux and Puccini’s Messa di Gloria with the Rundfunkchor of Berlin. He has also been engaged by Semperoper Dresden, Paris’s Théâtre du Chatelet, Florida Grand Opera, The Carmel Bach Festival, San Francisco Symphony, Oper Frankfurt, Opera de Lorraine, Carnegie Hall, the Oratorio Society and Musica Sacra in New York. An alumnus of The Juilliard School in New York, Brancy has toured extensively with his collaborator, pianist Peter Dugan, they will receive their Wigmore Hall recital debut in fall of 2020.

John Brancy (baritone) 18, recently performed a solo recital at Casa Verdi in Milan, Italy. A senior at Clearview Regional High School in his hometown of Mullica Hill, NJ, John is an avid filmmaker and photographer. John is known for his character impersonations and culinary skills.

Highlight Show 30: Where Are They Now?
Sergei Rachmaninoff: "How Fair This Spot" and "Spring Waters"

From the Top · John Brancy, with pianist Peter Dugan