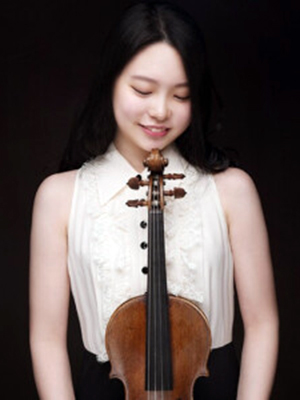 Hayoung Choi (violin), 20, hails from Daejeon, South Korea. Hayoung is currently in her third year at the McDuffie Center for Strings as a student of Amy Schwartz Moretti, Robert McDuffie, and David Kim. She began violin lessons at five years old, and she is currently earning a Bachelor’s degree in Violin Performance. She has performed with Neo-Strings, Sangrok Orchestra, Seoul Symphony Orchestra, and Daejeon Philharmonic Orchestra. Hayoung has won prizes in many competitions in Korea. Recently, she won first prizes at the Hong Kong Generation Next ArtsInternational Music Competition, and the MTNA Competition. She has performed in recital twice at Seoul and Daejeon. She has participated in Erato Ensemble Winter Music Festival in Jeju, QingDao Music Festival in China, Takayama Music Festival in Japan, Innsbrook Institute Summer Festival, and Vivace Music Festival.