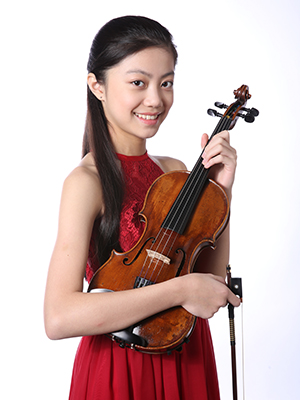 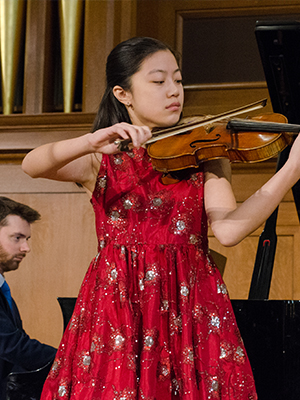 Hannah most recently performed on Show 403. She also appeared on Show 377 in Morristown, New Jersey.

Hannah Tam (violin), 16, is from Hong Kong but is currently living in Philadelphia, PA to study at the Curtis Institute of Music.

Hannah garnered distinctive international accolades, including the Third Prize and the Audience Prize at the Menuhin Competition Junior Division 2021, the Audience Prize at the “Mini Violini” of The Concours Musical International de Montréal 2019 where she was the only awardee, the Memorial Performance Award at the Kuhmo Chamber Music Festival, First Prizes at Kloster Schontal in Germany, Grand Prize Winner at Andrea Postacchini in Italy etc.

Admitted to the Curtis Institute of Music at 12, she is currently studying with Ida Kavafian. Her previous teachers were Michael Ma, Maria Jee and Chan Kwok Wai at the Hong Kong Academy of Performing Arts.