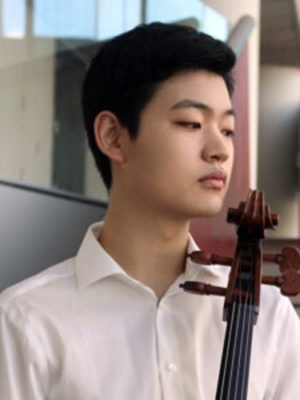 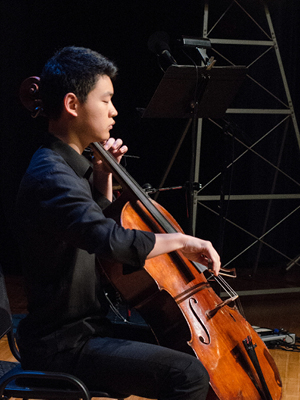 Han Lee (cello), 22, is a Japanese-born Korean cellist who started the cello when he was 7 years old in New Zealand. He was accepted into the Pre-College Division of the Juilliard School in 2013 where he studied under the tutelage of Clara Minhye Kim. He was the winner of the Juilliard Pre-College Concerto Competition in 2015 and 2018, the 1st prize winner at the 17th New York Music Competition, and received the Grand Prize at the 1st International Grande Music Competition. Han has attended the Great Mountains Music Festival, the Blackmore International Music Academy with David Geringas, the Kneisel Hall Chamber Music Festival, and will be a fellow at the Tanglewood Music Center this summer. He was a recipient of the Jack Kent Cooke Young Artist Award in 2018 and is a proud recipient of the Jerome L. Greene Fellowship at the Juilliard School. He is currently in his fourth year of undergraduate studies under the guidance of Joel Krosnick.

Han Lee (cello), 18, lives in Hicksville, New York and studies cello with Clara Kim at Juilliard Pre-College Division. He is a recipient of From the Top’s Jack Kent Cooke Young Artist Award. Han was born in Japan, where he won first prize in the 4th Yokohama International Competition in 2010, and gave concerts in Tohoku, Japan for the people who were devastated by the 2011 earthquake and tsunami. Since coming to America in 2013, he was the first prize-winner at the 17th New York Music Competition, Winner of the Juilliard Concerto Competition in 2015, and also a Grand Prize winner in the International Grande Music Competition. He has attended the Great Mountains Music Festival since 2014 and participated in the USC Thornton Strings Seminar with Ralph Kirshbaum in 2017. Outside of music, Han loves playing volleyball.

From the Top · Cellist Han Lee