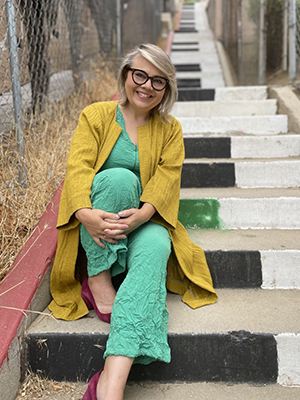 Executive Director Gretchen Nielsen joined the national non-profit From the Top in March, 2018 with more than 20 years of experience leading national and international arts initiatives, most notably as the LA Phil’s Vice President of Educational Initiatives where she partnered with Music Director Gustavo Dudamel to establish and build YOLA, a youth music and social change project inspired by Venezuela’s El Sistema.

Gretchen’s focus at From the Top has been to reimagine the organization’s business model in an ever-evolving 21st century media and educational landscape while maintaining its commitment to its popular NPR’s From the Top radio broadcast which reaches half a million listeners weekly. Under Gretchen’s tenure, From the Top has successfully transitioned from a 19-year host of the radio program to a host who is a dynamic alum of the program and a diverse team of Co-Hosts and Creatives. She has championed and expanded From the Top’s digital footprint, with a growing emphasis on DIY youth driven and created media. She has also deepened the organization’s investment in arts leadership training, community engagement experiences, and career development. Gretchen’s passion: supporting young artists in utilizing their artistry as a humanitarian tool to connect to people, fueling an exchange that transforms both artist and audience in a community setting, a concert hall, or through media.