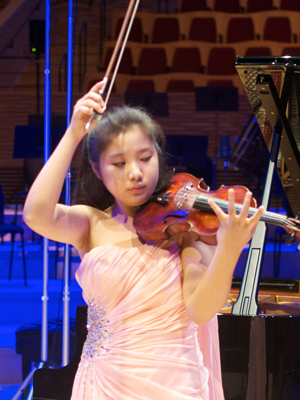 Most recently, Yoojin was announced as a finalist representing South Korea in the Seoul International Music Competition. She will now go on to compete for the grand prize of $50,000!

Youjin Lee (violin), 18, is a student of Danielle Belen and Robert Lipsett at The Colburn School in Los Angeles, California, where she also participates in several string quartets. She was the Gold Medal winner of the 2013 Stulberg International String Competition and also took first prize in the 28th Annual Irving M. Klein International String Competition. In 2010 and 2012, she attended The Perlman Music Program, where she had the opportunity to meet Itzhak Perlman. When not practicing music, she enjoys any kind of visual art.