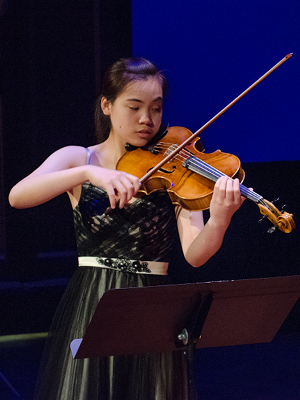 Yizilin Liang (viola) 18, lives in Shanghai, China and began studying viola at the age of nine. Currently, she is a student at the music middle school affiliated with Shanghai Conservatory of Music under the guidance of Prof. Nian Liu.

Yizilin has participated in Morningside Music Bridge Festival since 2016 as a full scholarship student.