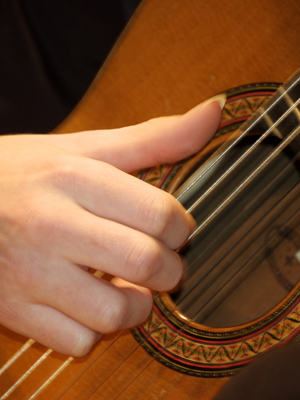 Xavier A. Jara (guitar), 18, is from Arlington, Minnesota where he is a student of Alan Johnston at MacPhail Center for Music. He’s the 2011 winner of the Senior Division of the Guitar Foundation of America International Youth Competition and he just returned from Velbert, Germany where he won the Andrés Segovia 7th International Competition for Young Guitarists. He enjoys spending time with animals and is a consummate TV watcher, with “Six Feet Under” and “Breaking Bad” being some of his favorite programs.

Listen to Xavier A.

More on Xavier A.