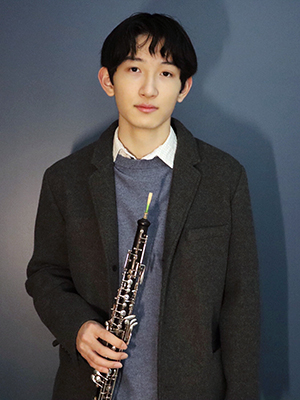 William performs on Show 399, recorded at The Colburn School in Los Angeles, California.

Fengyang (William) Ju (oboe), 16, is from Los Angeles, California, and in his junior year at Oak Crest Academy. He studies oboe with Mingjia Liu at the Colburn Music Academy and is the principal oboist of the Colburn Youth Orchestra. William was the winner of the 2021 Spotlight Competition Classical Instrumental Grand Prize, Gold Medalist in the California Junior Bach Competition, and winner of the Colburn Youth Orchestra Concerto Competition. William is also a pop songwriter and producer and has released several of his original songs on all music platforms such as Spotify and Apple Music.