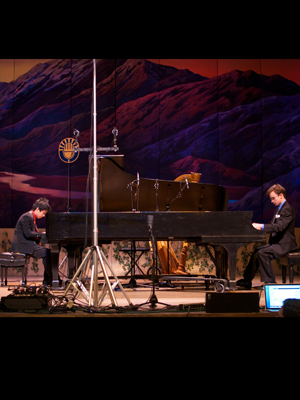 The Jin Duo is a piano duo based at Idyllwild Arts Academy Idyllwild-Pine Cove, California. The pianists are coached by Nelms McElvain. The duos members are 17-year-old Julian Jenson from Hemet, California and 17-year-old Vuthithorn Chinthammit from Bangkok, Thailand.

Show 273, El Paso, TX
Variations on a Theme by Paganini for Two Pianos by Witold Lutoslawski