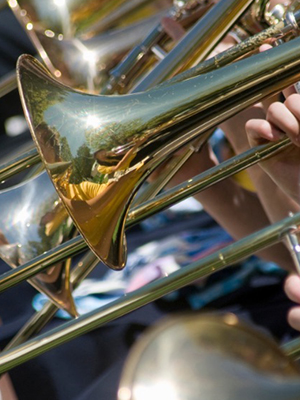 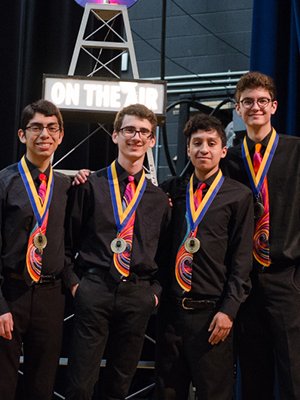 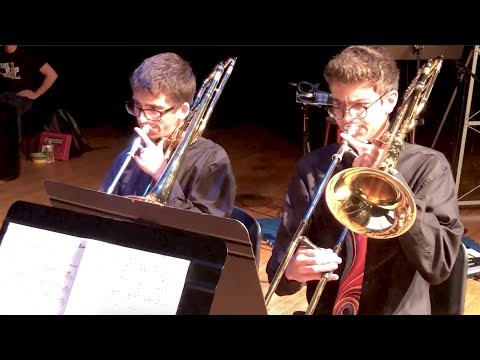 The Bone Rangers is a chamber ensemble comprised of high school-aged trombonists from the acclaimed trombone studio of the Merit School of Music in Chicago, Illinois.  The Bone Rangers have performed in concert with the Chicago Symphony Orchestra and have appeared several times on the From the Top national radio program and the 2007 PBS television program, From the Top–Live from Carnegie Hall.  They have also been featured on Chicago news and other local television programming and have been staples of the Grant Park Symphony’s summer residence at Millennium Park.  The Bone Rangers have been the top finishing wind group at Fischoff, the Rembrandt Competition, MYA Discover National Chamber Music Competition, and several other local competitions, as well as being named Honorable Mention in the International Trombone Association’s Trombone Quartet Competition.  In both 2017 and 2018, The Bone Rangers won second prize in the Wind Division at University of Michigan’s M-Prize Chamber Arts Competition. One of their proudest moments was playing the national anthem for a Chicago Cubs home game.  The Bone Rangers trombone quartet is coached by Timothy Riordan.

From the Top · Bone Rangers