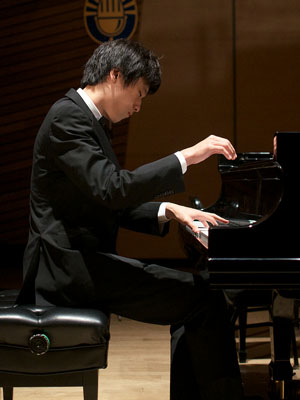 Taek Gi Lee (piano), 17, lives in Warren, Connecticut, where he attends the South Kent School. Originally from Seoul, South Korea, Taek Gi now studies with Choong-Mo Kang at the Juilliard School Pre-College Division. He has been studying piano since age 6, when he first discovered how much he loves to play. Taek Gi won first prize at the 2014 Hastings International Piano Competition in England, and second prize at the 2011 International Franz Liszt Competition for Young Pianists in Weimar, Germany. Taek Gi loves to travel and enjoys watching movies in his free time.