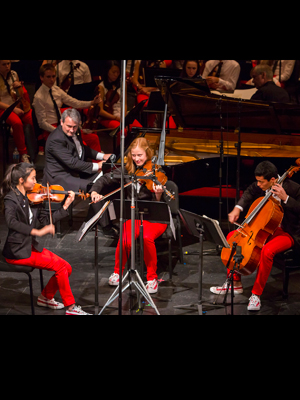 Soyeong Park (violin), 17, is from Princeton Junction, New Jersey, where she attends West Windsor-Plainsboro High School North. She studies with Yayoi Numazawa. She participated in the National Youth Orchestra of the USA in 2013. She also participated in Carnegie HallÕs ÔLink Up: The Orchestra Sings Program in 2013 as a featured soloist with the Orchestra of St. LukeÕs. A dedicated student, she devotes much of her time outside of music to her schoolwork, but she also enjoys volunteering in her community.