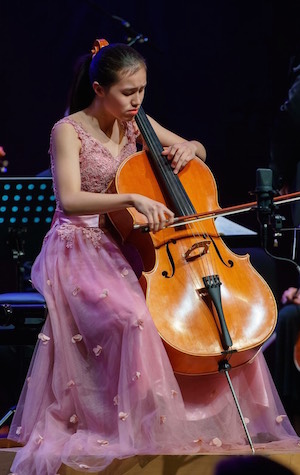 Shengyu Meng (cello), 16, is originally from Shanghai, China but currently lives in Arcadia, California where she is a student at the IQ Academy. She studies cello at Colburn Music Academy with Clive Greensmith. She is a recipient of From the Top’s Jack Kent Cooke Young Artist Award. Shengyu was a two-time winner in the Central Conservatory of Music (China)’s Aiqin Bei Cello Competition. Shengyu also loves cooking and swimming.