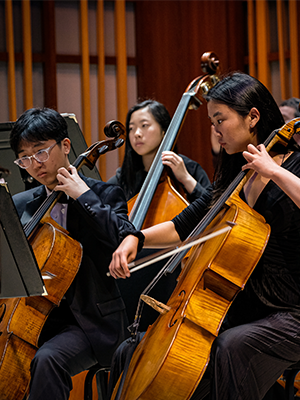 Established in 1946, San Diego Youth Symphony and Conservatory is the sixth oldest continuously operating youth symphony in the United States, serving close to 600 beginning through advanced and pre-professional students annually in 12 large orchestras and ensembles. San Diego Youth Symphony (SDYS) is a nationally recognized leader in music education advocacy and has been instrumental in the return of major arts and music education funding and programs to public schools throughout San Diego County. The chamber orchestra is the resident orchestra of La Jolla Music Society. It is an artist-level ensemble comprising principal and assistant principal musicians from SDYS and is conducted by Jeff Edmons.