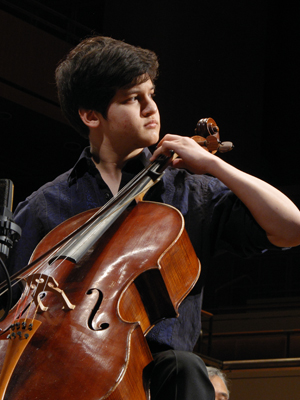 Russell Houston (cello), 19, is from Richardson, Texas. Russell has been playing the cello since age 10. He is currently a freshman at Northwestern University, where he studies under Hans Jorgen Jensen. Russell is the first cellist to win the 2012 Lynn Harrell Concerto. Russell has played for renowned artists such as Timothy Eddy, Paul Katz, Donald McInnes, Johannes Moser, Daniel Mller-Schott, and Janos Starker. On the broadcast, Russell performs Schelomo by Ernest Bloch.