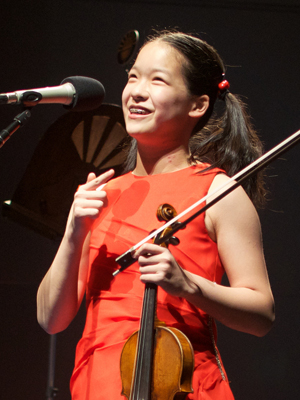 Qing Yu Chen (violin), 13, is from Queens, New York, and is a student of Masao Kawasaki at The Juilliard Pre-College Division. She plays in the Juilliard String Ensemble and the Juilliard Pre-College Symphony, and has participated in Aspen Summer Music Festival and School. She is a recipient of From the Top’s Jack Kent Cooke Young Artist Award, and also received the Cooke Foundation’s Young Scholars Award in 2013. A middle school student at Marie Curie M.S. 158 in Queens, New York, Qing Yu hopes to one day become a doctor.