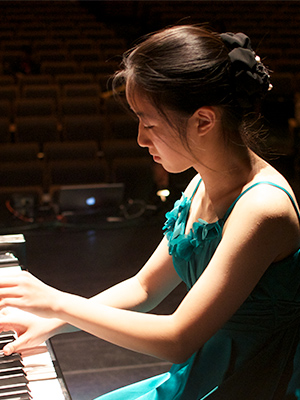 In 2015, Phoebe was a silver medalist in the youth division of the Seattle International Piano Competition!

Phoebe Pan (piano), 15, is from Irvine, California where she is a student at Pacific Academy. She is a student with Yi Dong at Opus119 School of Music. She received the Junior Division Piano Award at the 2010 Mondavi Center Young Artists Competition as well as first place in the 2012 David D. Dubois Piano Competition. Outside of music, she enjoys spending time with her dog, Dakota.