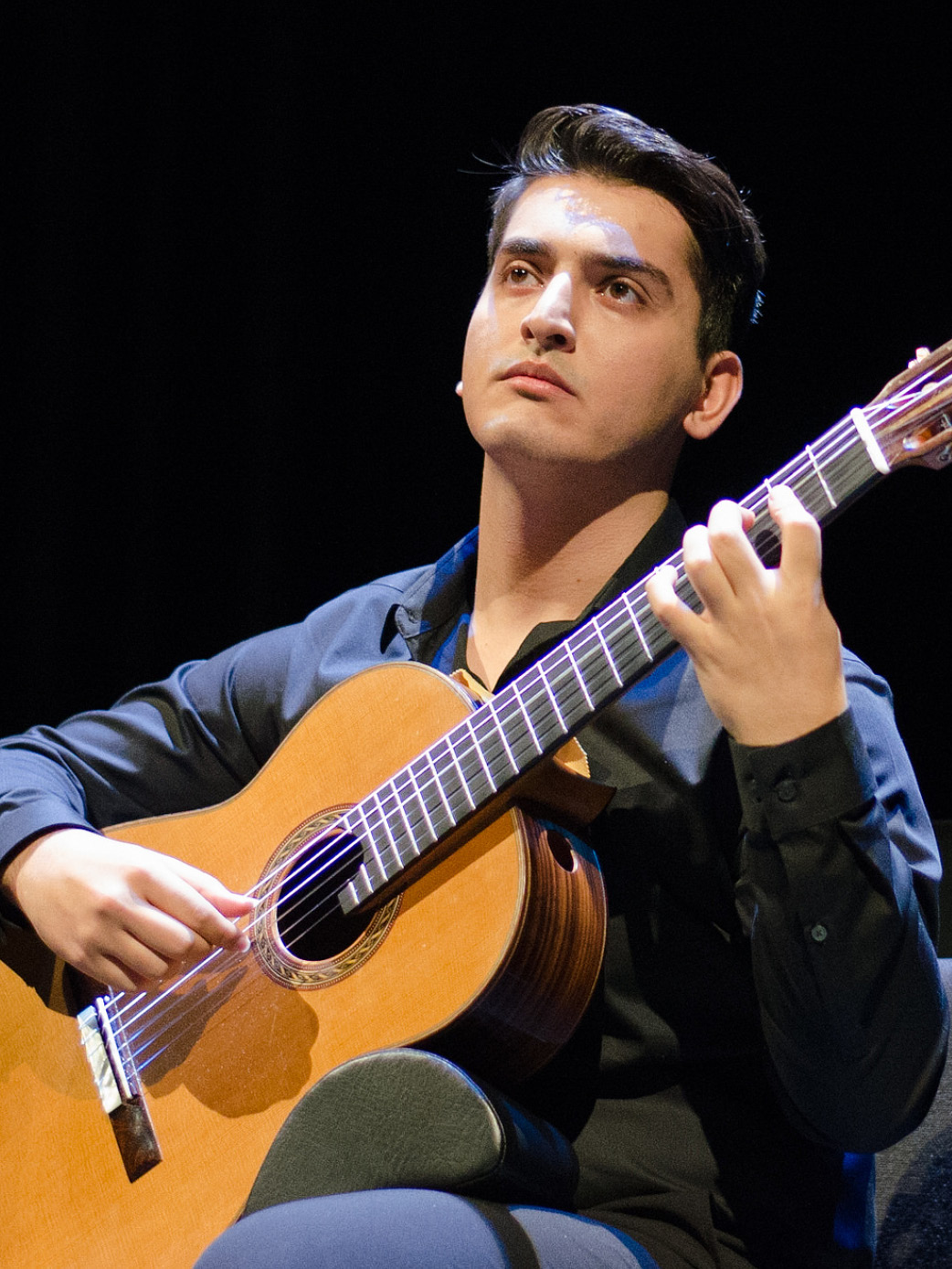 Parsa Sabet (guitar), 18, is a senior at Sierra Vista High School in Las Vegas, Nevada and studies guitar with Ricardo Cobo, Director of Guitar Studies at the University of Nevada Las Vegas (UNLV) School of Music. He is a recipient of From the Top’s Jack Kent Cooke Young Artist Award. He is a member of the UNLV Guitar Quartet and was a winner of the Nevada Music Educators Association Command Performance competition. He credits his guitar teacher for changing his life through music. Parsa likes to attend theology gatherings, is an active member of the Bahá’í community, a counselor at Camp Anytown, and a volunteer translator and member of the multicultural club at his school.

Parsa Sabet is currently a senior at Sierra Vista High School in Las Vegas, Nevada. Parsa was born in Tehran, Iran and began studying classical guitar at the age of 12. Not being of the Muslim faith posed many challenges for his education in Iran. In order to provide him with the opportunity to pursue music, Parsa’s mother and older brother temporarily moved with him to Turkey in order to obtain visas to then come to the United States.

For the past three years, Parsa has been a student of Ricardo Cobo, Director of Guitar Studies at the University of Nevada, Las Vegas. Among his accomplishments, Parsa won the talent show at Sierra Vista High School, received top ratings at the Nevada Solo and Ensemble Competition the past two years, and has given two solo performances in Reno and Las Vegas.

Beginning in the fall of 2018, Parsa plans to attend the University of Nevada Las Vegas, studying guitar performance, composition, and recording arts. This summer, Parsa will be competing in the Guitar Foundation of America International Youth Competition and attending the Lucky Seven Guitar Session. Parsa looks forward to someday passing on his passion through teaching.

Receiving the Jack Kent Cooke Young Artist Award will allow Parsa to travel for competitions and pay for private lessons.