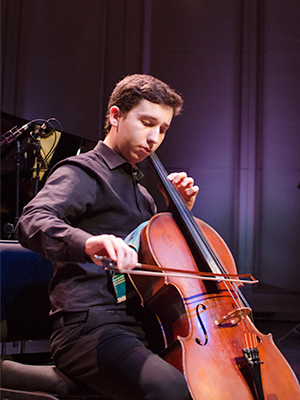 It has been announced in December of 2018 that 21-year-old American cellist Oliver Herbert will join the roster of Opus 3 Artists New York – for global general management.

A current student of Carter Brey and Peter Wiley at the Curtis Institute of Music, Oliver is a former top prize winner at the Witold Lutoslawski International Cello Competition –  and the Klein and Stulberg International String Competitions. Learn more >

Oliver Herbert (cello), 18, is from San Francisco, California, where he has played with the San Francisco Youth Symphony. While growing up, he has won numerous prizes in competitions around the country. Most recently, he won second place int he Stulberg International String Competition and first place int he Irving M. Klein International String Competition. As a high schooler, he has participated int he prestigious Yellow Barn Music Festival and also the National Youth Orchestra of the United States of America. He is currently a student at the Curtis Institute of Music in Philadelphia, Pennsylvania.

Show 315, Naples, FL
I. Allegro – Tempo di Marcia from the Sonata for Cello and Piano by Francis Poulenc