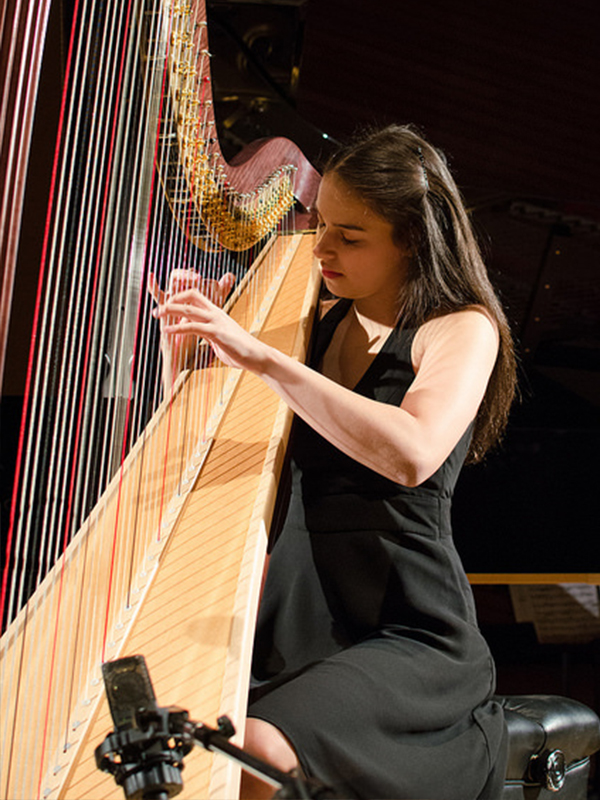 Noa Gabay represented Israel at the Focus on Youth event at the 13th World Harp Congress in Hong Kong in 2017!

Noa Gabay performed on Show 327 at the Aspen Music Festival and School on August 14, 2016.

18-year-old harpist Noa Gabay was born in Israel and grew up in Wales, UK. She began playing the harp at age 5 and is currently studying for a Bachelor’s Degree in Music Performance with Prof. Florence Sitruk at the Haute École de Musique de Genève, Switzerland. Her past teachers have included Katherine Thomas, Prof. Caryl Thomas, and Julia Rovinsky.

Noa will perform a recital as part of the Focus On Youth concert series at the World Harp Congress in Hong Kong in the summer of 2017.

As an orchestral player, Noa was the principal harpist of the Israel National Youth Philharmonic Orchestra and the Orchestra of the Haute École de Musique de Geneve. She has performed in masterclasses with Germaine Lorenzini, Jana Bouskova, Sivan Magen and Chantal Mathieu.