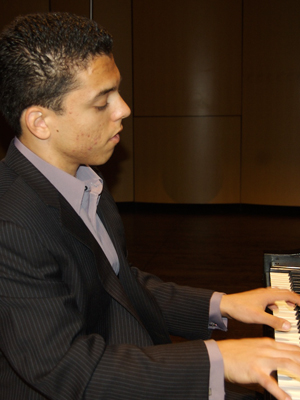 Check out Nicholas’ nonprofit organization, Art of Giving Back.

Nicholas King (piano), 18, started piano at the age of three after his father got lost on the way to buy him a Nintendo and instead stumbled upon a used piano store. A resident of Marina del Rey, CA, Nicholas is a recipient of From the Top’s $10,000 Jack Kent Cooke Young Artist Award. He has participated in several summer music festivals around the country and internationally, including Idyllwild, Interlochen, and the Franz Liszt Festival in Hungary. Outside of music, Nicholas enjoys reading, biking, and is passionate about cooking.