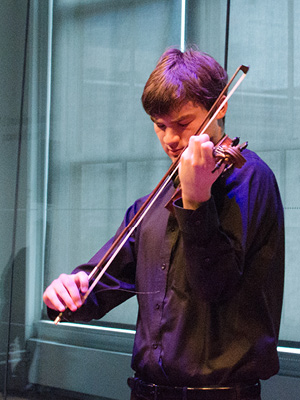 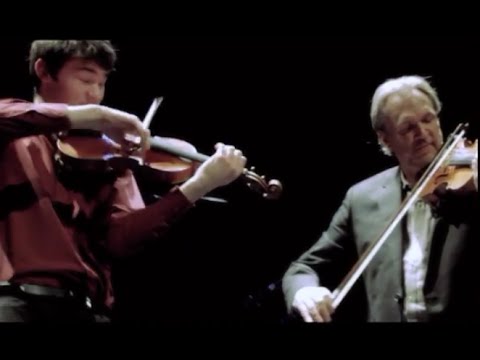 In 2020, Nathan co-founded Opus Illuminate, a performance organization “dedicated to expanding and enriching the classical music industry by programming and performing works by composers of historically underrepresented communities and heritages.” They have collaborated with From the Top on a repertoire library of underrepresented composers.

Learn more about Nathan at nathanmeltzer.com.

Nathan Meltzer will perform on Show 356 on May 15, 2018 in Boston Massachusetts.

Nathan Meltzer, violin, 15, is from New York, New York, where he is in tenth grade at the Professional Performing Arts School, and studies with Li Lin and Itzhak Perlman at the Juilliard Pre-College Division. Nathan has participated in numerous music festivals, academies, and competitions. He first appeared on NPR’s From the Top with Host Christopher O’Riley at age 11 on Show 249 in 2012, recorded in Carmel, Indiana. Nathan has performed in Buenos Aires, Quebec, São Paulo, Tel Aviv, Vienna, and across the U.S., including solo engagements with the Indianapolis Symphony Orchestra, the Evansville Philharmonic, the Bloomington Symphony, the Muncie Symphony, and the Charlotte Civic Orchestra. Later this fall, he will solo with the Pittsburgh Symphony. Outside of music, Nathan enjoys frisbee, ping-pong, algebra, and exercising.