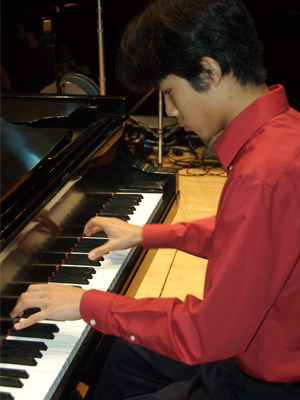 Ming Wilson (piano), 13, is a recipient of From the Top’s Jack Kent Cooke Young Artist Award, and later, the Cooke Foundation’s College Scholarship. He first became interested in piano when he received an electric keyboard and song book for his eighth birthday. A resident of Johnson City, Tennessee, Ming has performed with the Johnson City Symphony. He made his Carnegie Hall debut at age 11 as one of the first place winners of the Bradshaw & Buono International Piano Competition. Despite his age, people often think he is older due to his height.

From the Top · Ming Wilson, Piano