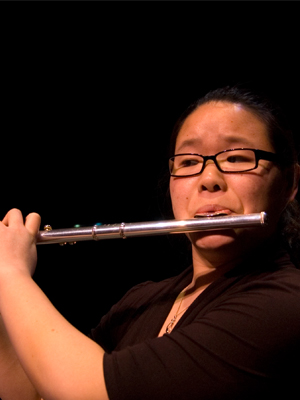 Meekyoung Lee (flute), 18, from Ann Arbor, Michigan, is a recipient of the Jack Kent Cooke Young Artist Award. A senior at Pioneer High School, Meekyoung studies flute with Jamie Wagner and is a member of the Michigan Youth Symphony Orchestra, the Detroit Civic Youth Orchestra, the Pioneer Woodwind Quintet, and the Pioneer High School symphony band. She enjoys exercising daily and spending time with family and friends.

From the Top · Meekyoung Lee, Flute