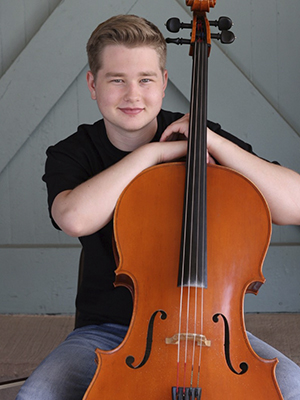 Maximus Gurath (cello), 18, hails from Sioux Falls, South Dakota. He is a senior at Interlochen Arts Academy in Michigan, where he studies with Dr. Patrick Owen. Maximus has always known he wanted to pursue music, and one of his most exciting musical accomplishments has been applying for and receiving a professional-level cello from the Carlsen Cello Foundation. Outside of his passion for music, Maximus prioritizes family and faith. In his free time, his interests include sports,  video games, and Star Wars.