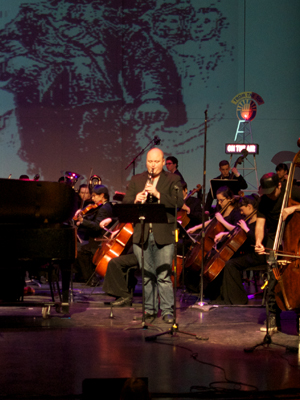 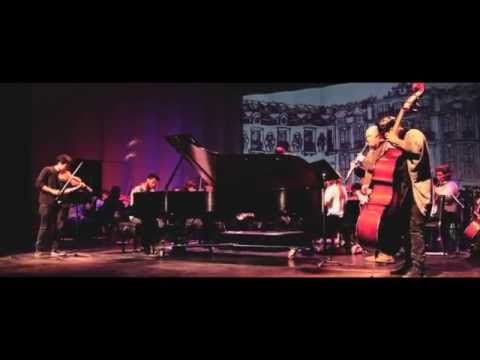 Mark Dover (clarinet) is originally from Ann Arbor, Michigan, and a graduate of Interlochen Arts Academy. He received his Masters of Music from Manhattan School of Music, and his Bachelor of Music from the University of Michigan School of Music, Theatre, and Dance. His major teachers include David Krakauer, Deborah Chodacki, Nathan Williams, and Jay DeVries. His vast array of musical experiences have helped him quickly establish himself as one of the most diverse clarinetists of his generation. Since moving to New York in 2010 he has performed at many of the major concert halls, including Carnegie Hall and Weill Recital Hall, Avery Fisher Hall, Alice Tully Hall, Brooklyn Academy of Music, Merkin Hall and Symphony Space. As an orchestral musician, Dover has performed with The Detroit Symphony under Leonard Slatkin, The Cleveland Orchestra under David Zinman at Blossom Music Center, numerous times with The New World Symphony in Miami Beach, and with Symphony in C in New Jersey. He has performed as a member of The Spoleto Festival USA Orchestra in Charleston, South Carolina for two seasons, as well as at the Pacific Music Festival in Sapporo, Japan. By invitation of the Swiss Global Artistic Foundation, Dover performed Brahms Sonata in E flat Major at the Swiss Ambassador’s Residence In Washington D.C. with pianist David Fung. He later returned to D.C. to perform Stravinsky’s L’histoire du Soldat at the Embassy of the Russian Federation to the USA with conductor Geoffrey Simon. More recently he performed the Copland Clarinet Concerto with the New York based, conductor-less chamber orchestra Shattered Glass Ensemble. In addition to his work in the classical idiom, Dover has an extensive background in jazz and improvised music. He held the clarinet chair for over 300 performances of the acclaimed Off-Broadway musical Natasha, Pierre, and The Great Comet of 1812. Dover has performed with numerous jazz and pop acts, including The Temptations, acclaimed jazz vocalist Cyrille Aimée, Darren Criss from Fox’s Glee, Michael Thurber, Charles Yang, the viral youtube music collective CDZA, Theo Katzman, Joey Dosik, Matt Davis’ Aerial Photograph, The Brooklyn Project, and many more. As a studio musician he has played on commercials for Lexus, Burger King and Optimum Online, in addition to frequent collaborations with jazz musicians and singer/songwriters in New York. As an educator, Mark has been a clarinet teacher at the Harmony Program, an El Sistema USA program based at City University of New York.