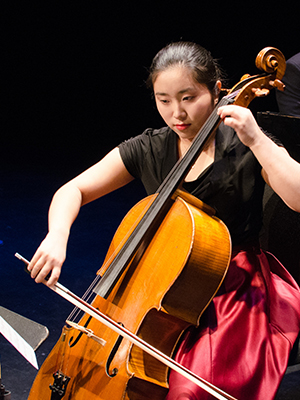 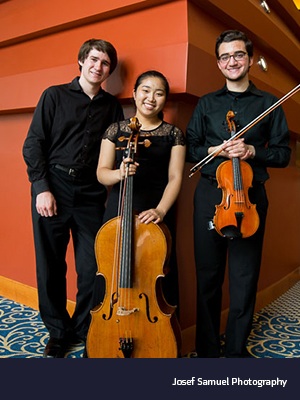 Mari Nagahara (cello), 18, is from Andover, Massachusetts, and studies cello with Natasha Brofsky at the New England Conservatory Preparatory School. Mari was awarded the first prize of the NEC Concerto Competition Category C in 2014 as well as the silver medal in the junior division of the Fischoff National Chamber Music Competition. As an orchestral musician, Mari was the principal cellist of the Boston Youth Symphony, and the assistant principal cellist of New York String Orchestra Seminar in 2015. Mari has also participated in several summer festivals such as the Killington Music Festival, Bowdoin International Music Festival, Greenwood Music Camp, Oxford Cello School, Yellow Barn Young Artists Program, and Music@Menlo Young Performers Program. Outside of music, Mari acts as the editor of the Andover High School newspaper Warrior Weekly and loves to read, bake, and cook.