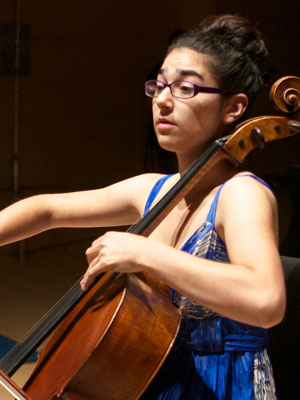 Lucie Ticho (cello), 16, is from Hinsdale, Illinois, where she attends Hinsdale Central High School. She has been playing cello since age two, and she currently studies with Tanya Carey. Lucie plays principle in the Chicago Youth Symphony Orchestra. During the holidays, she and her family perform as a quartet at their local nursing home. Lucie also likes to arrange and record popular songs on the cello. Outside of music, Lucie has a particular love of British television shows, the French language, and has dreams of moving to Europe.