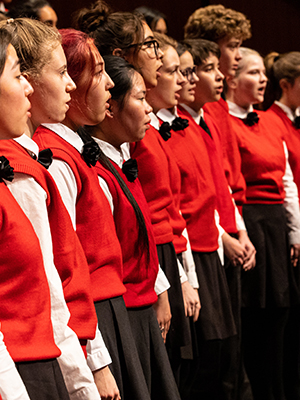 Los Angeles Children’s Chorus, under the leadership of Fernando Malvar-Ruiz, Artistic Director and Conductor and Shawn Ingram, Executive Director, provides choral music education of the highest quality to young people who represent richly diverse racial, economic, and cultural backgrounds. The program ignites a love of singing and nurtures the full expression of each individual’s potential for artistic and personal excellence through the collaborative experience of choral music performance. Through the beauty of inspired and joyful singing, Los Angeles Children’s Chorus brings the transformative power of music to communities throughout Southern California, the nation and the world.

From the Top · Chamber Singers Of The Los Angeles Children's Chorus