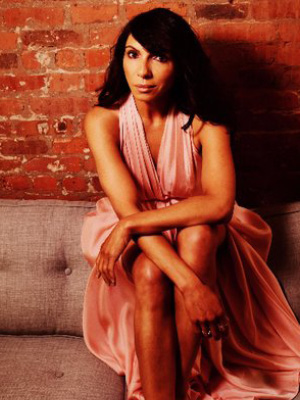 Listen to WABE’s Lois Reitzes interview Lara about hosting From the Top.

Lara Downes is among the foremost American pianists of her generation, an iconoclast dedicated to expanding the resonance and relevance of American music for diverse audiences. A trailblazer on and off-stage, she follows a musical roadmap that seeks inspiration from the legacies of history, family, and collective memory. Downes’ playing has been called “ravishing” by Fanfare Magazine, “luscious, moody and dreamy”  by The New York Times, and “addicting – Downes plays with an open, honest heart” by The Huffington Post.

A laureate of the 2016 Sphinx Medal of Excellence award, Downes is recognized as a leader in expanding the reach of the arts as a performer, an entrepreneur, and a cultural visionary. She is an Artist-in-Residence at the Mondavi Center for the Performing Arts – UC Davis, where she mentors young musicians as director of the National Young Artists Program. She serves on the advisory board of The Time In Children’s Arts Initiative and is the founding director of the My Promise Project.

Also a writer, Downes’ essays and memoirs have been published in The Rumpus, Listen Magazine, Huffington Post, and Reader’s Digest. She is a favorite of national radio audiences and featured on NPR’s First Listen, WNYC’s New Sounds, MPR’s Marketplace, and SiriusXM’s Symphony Hall. As a pianist, Downes has performed on stages ranging from Carnegie Hall, John F. Kennedy Center, Lincoln Center, the U.S. Supreme Court, Queen Elizabeth Hall, and the Vienna Konzerthaus, to downtown venues including National Sawdust, Le Poisson Rouge, and Yoshi’s SF., among others.

Upcoming engagements take her coast to coast from Alaska to New Hampshire, with debuts this summer at Ravinia Festival and Glimmerglass. New projects include appearances as a featured artist on Thomas Hampson’s 50 State tour Song Of America: Beyond Liberty, the launch of a duo cabaret show with vocalist Theo Bleckmann, and the world premiere of a new piano concerto by Maxime Goulet.  Additionally, she is pioneering Holes In The Sky, a recording and concert program of multi-genre piano, vocal, and chamber music by women composers and poets, which celebrate stories of women’s lives and dreams. The project is inspired by this quote by Georgia O’Keefe: “I want real things – live people to take hold of – to see – and talk to – music that makes holes in the sky – I want to love as hard as I can,” and will feature collaborations with prominent female artists across genres and traditions.

Lara Downes is a Yamaha Artist.