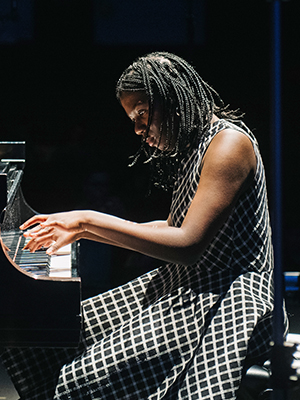 Kiesse Nanor (piano), 16, hails from Ellicott City, Maryland and is a sophomore at Philips Exeter Academy in New Hampshire. She trains at New England Conservatory Preparatory School with teachers Jonathan Bass and Ernest Barretta. One of her proudest musical achievements was performing at Carnegie Hall after winning a prize at the 2017 New York YWCA Piano Competition. She was also honored to perform for the Phillips Exeter Academy Class of 2022 during their prep year celebration. Kiesse is an accomplished foil fencer. She also loves reading and drama.