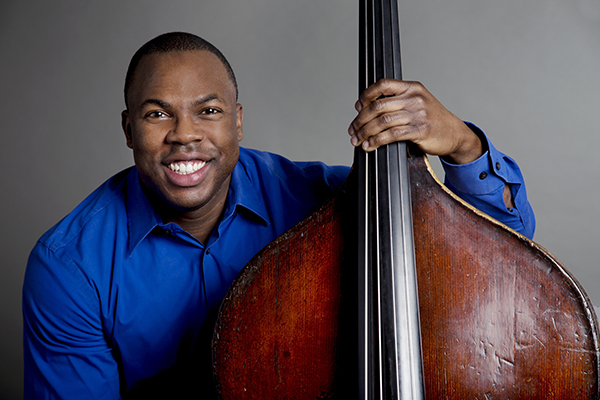 Described by the Grand Rapids Press as “a lyrical musician who plays with authenticity that transcends mere technique,” Mr. Conyers has performed with many orchestras as soloist. In 2008 he was featured with the Grand Rapids Symphony in a concerto commissioned by that ensemble and written for him entitled Prayers of Rain and Wind by John B Hedges. Mr. Conyers has also performed with the Alabama Symphony, the Flagstaff Symphony, the Savannah Symphony and Civic orchestras, the Dekalb Symphony, and the Sphinx Symphony, having won Second Prize at the 2004 Sphinx Competition in Detroit. Engagements during the 2012-13 season include solo performances with the Chamber Orchestra of Philadelphia, the Richmond Symphony, and the Main Line Symphony.

As an orchestral musician Mr. Conyers has performed throughout the United States and Europe. He served as principal bass of the Philadelphia Virtuosi Chamber Orchestra, with which he traveled extensively and recorded on the Naxos label. He also served as assistant principal bass for Symphony in C (formerly the Haddonfield Symphony). He has been a fellowship student and held principal positions at numerous music festivals, including the Tanglewood Music Center, the Aspen Music Festival and School, the Verbier Music Festival in Switzerland, the Brevard Music Center, and the Britten-Pears Music Festival in England. Mr. Conyers has performed with a number of major orchestras, including the Boston and Detroit symphonies, the Minnesota Orchestra, and the City of Birmingham Symphony in a number of prestigious venues, including Carnegie Hall, Kennedy Center, Lincoln Center, and the Musikverein in Vienna.

In 1999 Mr. Conyers was one of the first guests on NPR’s From the Top with host Christopher O’Riley in one of its pilot shows. In 2007 he was named one of “30 Leaders 30 and Under” by Ebony magazine. He was the inaugural recipient of the Sanford Allen Award from the Sphinx Competition, and in February of 2010 he was the first Sphinx Competition laureate to serve on the distinguished jury panel for the Competition.

Mr. Conyers is committed to education and community engagement through music. He was heavily involved in developing the curriculum for the Atlanta Symphony’s Sound Learning program, which integrates music into the school curriculum at local elementary schools. Mr. Conyers has taught at numerous summer music festivals, including the Masterworks Festival in Winona Lake (IN), the New York State Summer School of the Arts, and the Philadelphia International Music Festival. He also collaborates with Time for Three bassist (and Curtis classmate) Ranaan Meyer for the development of Wabass Workshop, an institute for the 21st-century bass player. Last fall Mr. Conyers was added to the double bass teaching faculty at Temple University in Philadelphia.

For much of 2010 Mr. Conyers was featured in a television commercial as a part of a Mutual of Omaha advertisement campaign. His “aha moment” was about his inspiration founding a nonprofit in Savannah called Project 440 (project440.org). Formerly known as MusicAlive!, Project 440 has reached thousands of youths, exposing children and adults to classical music throughout the Savannah region.

Mr. Conyers serves on the board of directors of the American String Teachers Association as artist representative, the Board of Overseers for the Curtis Institute of Music, and the National Advisory Board for the Atlanta Music Project. He performs on the “Zimmerman/Gladstone” 1802 Vincenzo Panormo double bass, which he has affectionately named “Norma.”