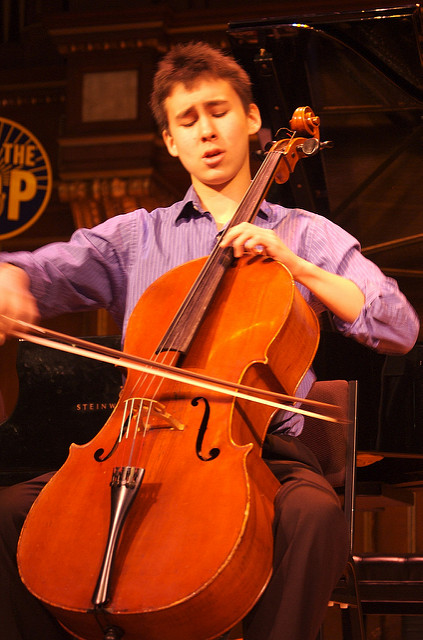 Jonah Ellsworth (cello), originally from Cambridge, Massachusetts performs as a soloist as well as a member of the renowned Boston Trio. He has won critical acclaim for concerto performances with the Boston Symphony, Maui Chamber Orchestra, Akron Symphony, Johnstown Symphony, Boston Philharmonic, Jacksonville Symphony, Symphony by the Sea, Pro Arte Chamber Orchestra, New Bedford Symphony, and NEC Philharmonia, among others. As a young teen, Jonah performed on both From the Top’s radio and television programs. He was a prize-winner in the 2017 Hudson Valley String Competition, a finalist in the 2011 Stulberg International String Competition in Michigan, and received the top prize from the Harvard Musical Association in 2012. Jonah studied with Lawrence Lesser at New England Conservatory and Peter Wiley at Curtis Institute of Music. Other teachers include Andrew Mark and Natasha Brofsky. He has attended the Steans Institute at Ravinia, Meadowmount Music School, Greenwood Music Camp, and Orford Arts Center in Canada.