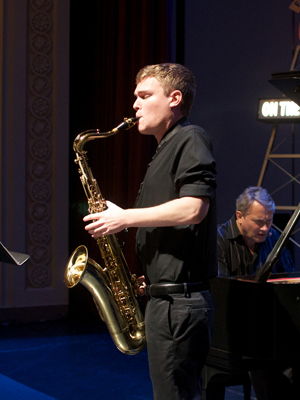 Jon Corin (saxophone), 18, is from Sarasota, Florida where he has recently graduated from Riverview High School. He studies with William Barbanera in the Bradenton area. In 2012, he was the Interlochen Summer Arts Camp Fennell Scholar for Saxophone. He was selected for the Florida All-State Band in 2011, 2012, and 2013. He has been a member of the Sarasota Concert Band, a community band which performs in settings such as retirement homes and parks. Jon will be attending college at Northwestern University where he will study in the saxophone studio. Outside of music, he is an avid gourmand and enjoys cooking or eating out with his family and friends.