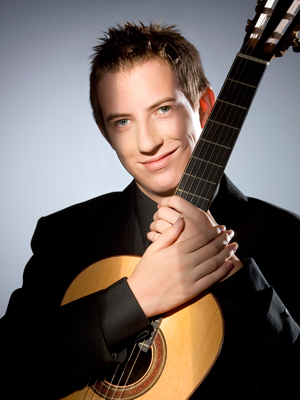 John Marcel Williams (guitar), 16, lives in Wintersville, Ohio and attends Steubenville High School. He studies guitar with Stephen Aron, Chair of Classical Guitar Department at Oberlin Conservatory, and has taken master classes with a host of guitar luminaries including Eliot Fisk, Jason Vieaux, and Andrew Zohn. John has won multiple awards in competitions including the Duquesne Young Artist Competition, the East Carolina University Guitar Competition, and the Guitar Foundation of America Competition. In his free time, he enjoys using computers, reading, spending time with his friends, and playing ping-pong.