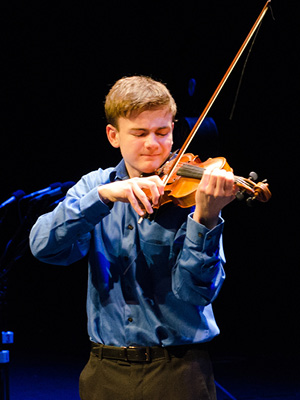 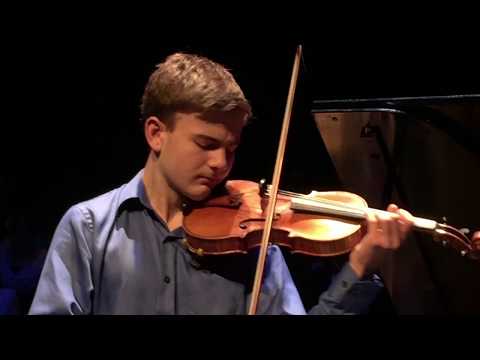 John performed on Show 352 in Zellerbach Auditorium in Berkeley, California on March 2, 2018.

John Fawcett (violin), 17 is from Bend, Oregon where he attends the Redmond Proficiency Academy and studies violin with Jan Mark Sloman. He was recently selected to participate in the New York String Orchestra Seminar, conducted by Jaime Laredo, culminating in performances at Carnegie Hall. John has been a soloist with the Central Oregon Symphony, Sunriver Music Festival Orchestra, and Oregon Mozart Players. His favorite musical experience thus far has been performing as a soloist with Pink Martini. Outside of music, he loves soccer, biking, hiking, skiing, and playing with his two dogs.