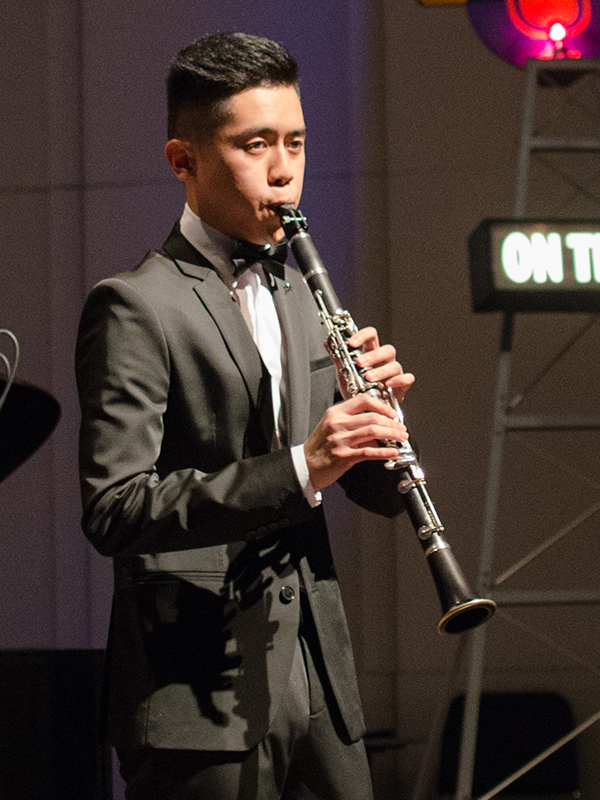 Jack Li,, 16, is from Vancouver, Canada and is a junior at St. George’s School. He currently studies with Christopher Lee at the Vancouver Academy of Music. Jack won second prize in the Open Woodwinds category of the 2016 Federation of Canadian Music Festivals Competition and first prize in the Winds category of the 2015 National Canadian Music Competition. Jack has performed with various ensembles, including the National Youth Band of Canada, Tanglewood Institute Wind Ensemble, and the Vancouver Youth Symphony Orchestra. Outside of clarinet, Jack enjoys playing the piano, watching soccer, and exploring mathematics and the natural sciences.