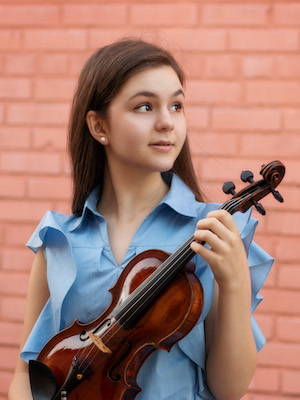 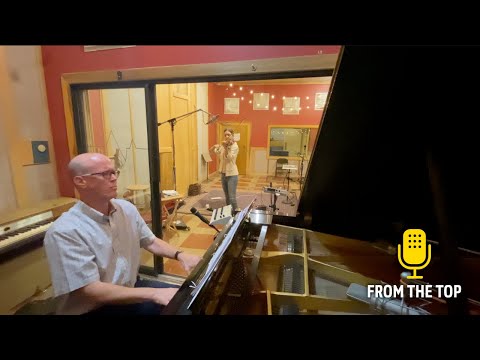 Iris will appear on Show 402, airing September 6, 2021. She previously appeared on From the Top’s Virtual Concert, “Fantastic Fiddlers”.

Iris Shepherd (violin), 16, lives in Henry, Tennessee and is a recipient of From the Top’s Jack Kent Cooke Young Artist Award. A student of Cornelia Heard at Vanderbilt University, she is a recipient of the Myra Jackson Blair Scholarship. Iris made her solo orchestral debut with the Georgia Philharmonic at age 12 and has since soloed with the Fairbanks Alaska Symphony Orchestra and the Curb Youth Symphony.

Iris has performed in masterclasses with Stefan Jackiw, Paul Kantor, Brian Lewis, Rachel Barton Pine, Catharine Carroll Lees, and Ani Kavafian. Twice she attended the Brian Lewis Young Artist Summer Program, and for the 2020 summer, she was awarded a full fellowship for the Aspen International Musical Festival. Iris has served as concert master of various community and festival orchestras and is currently a member of Vanderbilt University’s Curb Youth Symphony.

Though her first love is classical music, she won the James G. “Bobo” Driver National Championship fiddle contest in 2017. Iris made her Grand Ole Opry stage debut during the summer of 2016, performing a featured solo as part of the Fine Arts Summer Academy.  When Iris isn’t playing her violin, she enjoys shopping for unique finds at vintage stores, playing with her dog Aspen, and rock climbing.