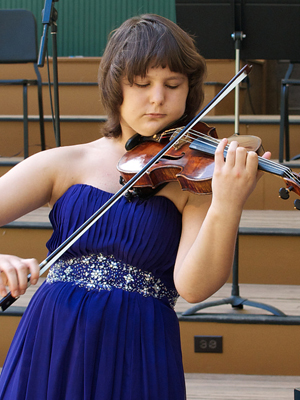 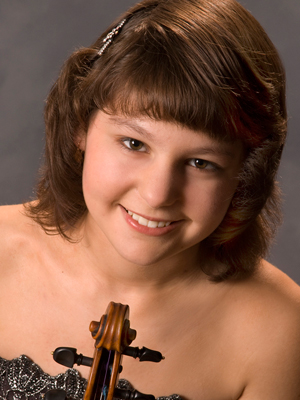 At the tender age of fourteen, violinist Ilana Zaks has already performed as a soloist with the Boston Civic Symphony, New England Philharmonic, Pro-Arte Chamber Orchestra of Boston, Nashua Chamber Orchestra, Wellesley Symphony, Brockton Symphony, Rhode Island Philharmonic Youth Symphony, Arlington Philharmonic, Cape Cod Symphony, Symphony Pro Musica, and Thayer Symphony Orchestra. Ilana began studying violin with her mother at the age of three and a half and has been a student of Professor Donald Weilerstein for the past six years. Since the summer of 2013, Ilana has been a member of Perlman Music Program, where she studies with the legendary Itzhak Perlman. With PMP Ilana performed in Sarasota, FL in December 2013 and in Israel in April 2014. Ilana is a prize winner of various national and international competitions. She is a member of Boston Youth Philharmonic Orchestra under the conductorship of Benjamin Zander. In June of 2014 Ilana was the featured performer on the National Public Radio Program “From the Top.”

Ilana is a member of the Center for Development of Arts Leaders (CDAL) in Boston.
Class Year: 2016