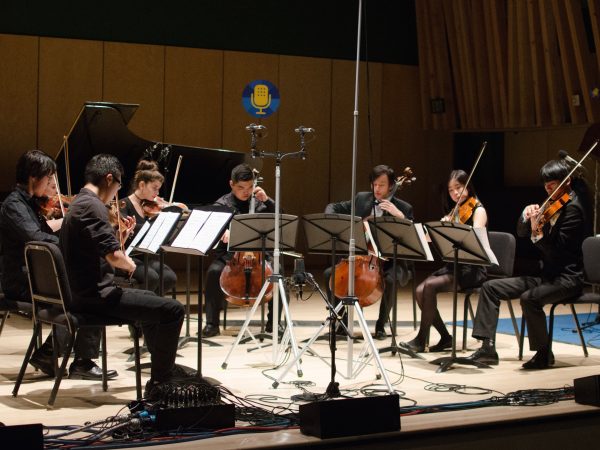 Idyllwild Arts Academy Octet is made up of eight students studying at Idyllwild Arts Academy, who have been brought together to perform “Septuaginta” Op. 53, No. 6/11a by Maria Newman. This piece was commissioned by the Idyllwild Arts Academy for their 70th Anniversary celebration. The performers are violinists Derek Xu, Zhengnan (Eric) Wang, Liliya Milcheva, and Anjelina Jeleva, violists Sheng-Chieh (Jason) Lan and Yun-Chieh (Jenny) Sung, and cellists Hua Huang and Xiyan (Richard) Liu.