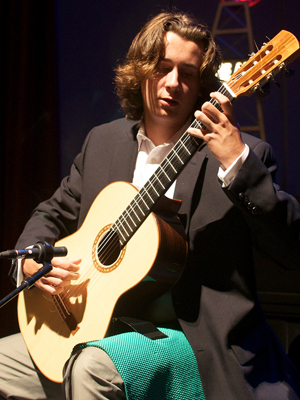 Henry Johnston (guitar), 16, is from Saint Paul, Minnesota where he is a junior at Saint Paul Central High School. He studies guitar with John Holmquist. In April of 2011, Henry performed at the Fitzgerald Theatre as one of five winners in Minnesota Public RadioÕs new music competition, Minnesota Varsity. Later that same month, he became the youngest competitor ever to win first prize in the Schubert Club Competition for guitarists aged 24 and under. Henry also plays saxophone in the Symphonic Band at his high school and is very interested in jazz music. In addition to music, he has been playing organized baseball since he was young.