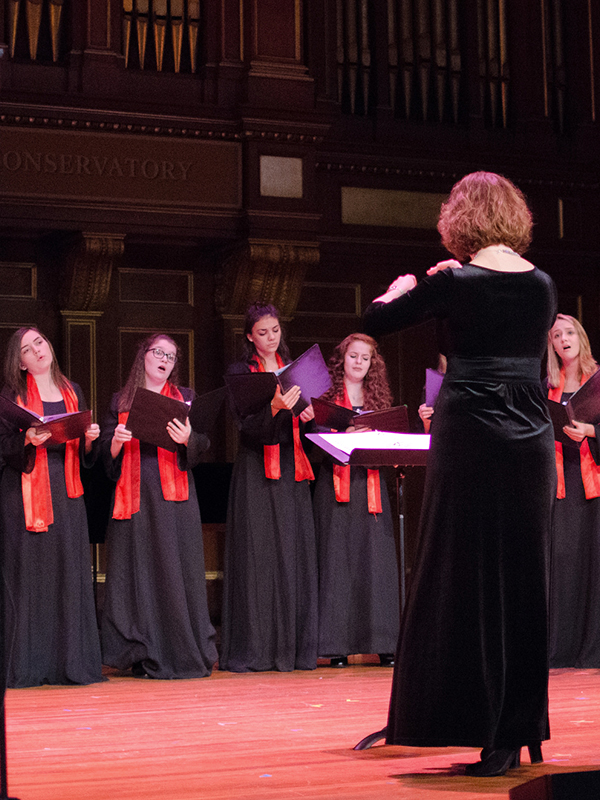 This vocal ensemble is an advanced chamber choir for young women of approximately twenty voices and is lead by Alyson Greer. It made its debut performance during the 2013 – 2014 season. In 2013, the Young Women’s Chamber Choir performed with the Young Men’s Chorus alongside the H+H Chorus and Period Instrument Orchestra in Vivaldi’s Gloria at Symphony Hall.  During H+H’s Bicentennial season, the Young Women’s Chamber Choir returned to Symphony Hall to perform in the Baroque Fireworks concert, and J.S. Bach’s St. Matthew Passion.