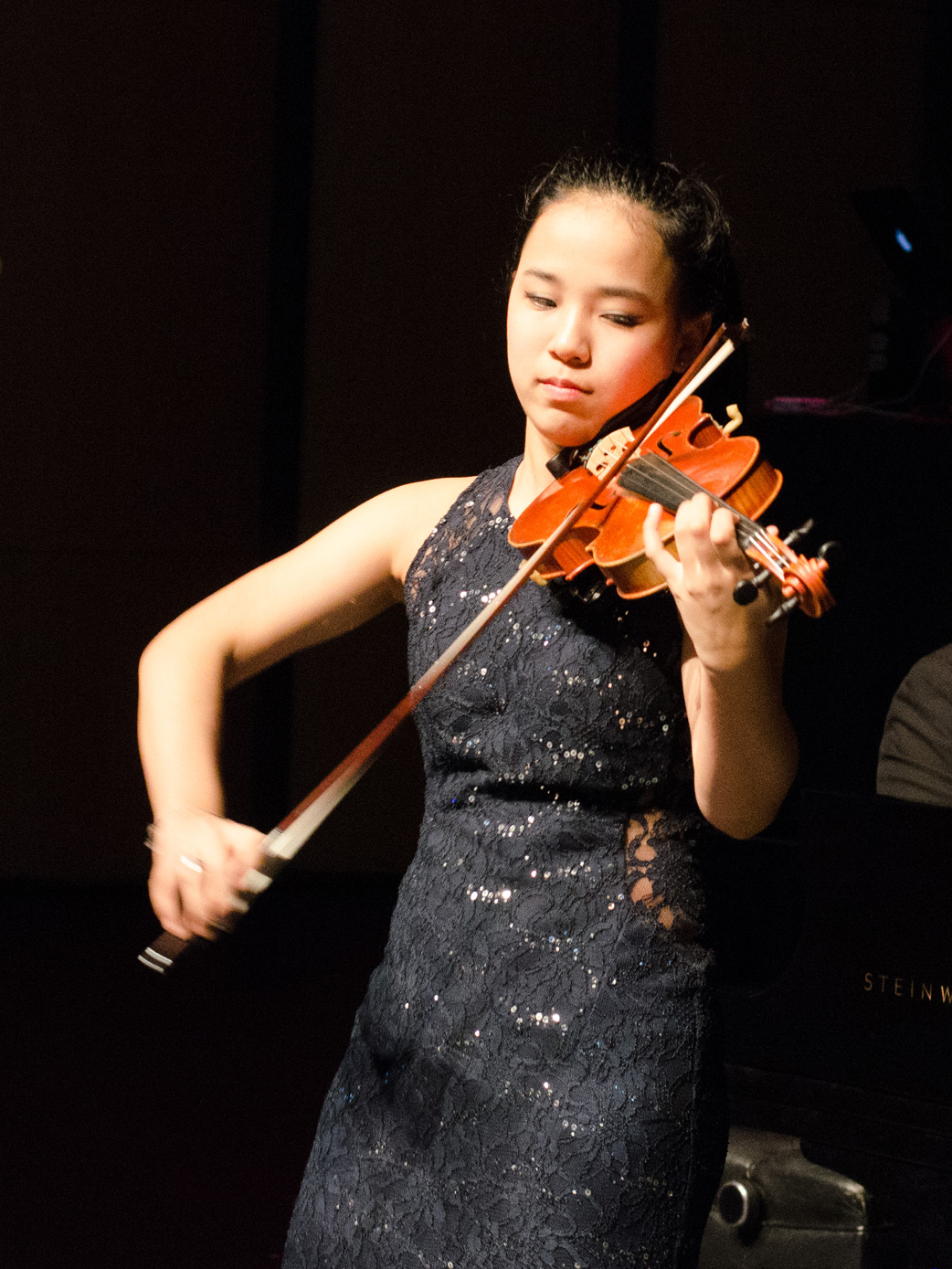 Haeun Moon (violin), 16 is currently a junior at Midway High School in Waco, Texas, and a violin student of Brian Lewis, faculty at the University of Texas at Austin. At the age of 11, Haeun made her debut at Carnegie Hall’s Weill Recital Hall after winning first place in her age division of the American Protégé International Concerto Competition. Haeun has also won top prizes in numerous competitions, performing with the Austin Symphony, Fort Bend Symphony, Houston Civic Symphony, and Waco Symphony Youth Orchestra. She has also been featured as soloist with the Fort Worth Symphony, East Oregon Symphony, and Ottawa Chamber Orchestra.

This past year, Haeun was named the National First Prize Winner at the Music Teachers National Association Senior String Competition held in Baltimore, MD. In addition, she was the Grand Prize Winner of the 2017 Lynn Harrell Concerto Competition and performed with the Dallas Symphony Orchestra. Haeun was one of ten student artists selected worldwide for the 2017 Starling-DeLay Symposium on Violin Studies at the Juilliard School where she performed in master classes with world-renowned violinists.

Most recently, Haeun was named a 2018 National YoungArts Winner. This summer, she will be touring with the National Youth Orchestra of the United States to Shanghai, Beijing, Taipei, Seoul, and Daejon.

Haeun enjoys volunteering as a performer for the Blind Rehab unit at the Doris Miller Veterans Affairs Medical Center and as an assistant teacher at Talitha Koum, a therapeutic institution devoted to developing mental resilience in children. Haeun is also a cofounder of Mission Waco’s afterschool music program.

Show 350, San Antonio
Polonaise No. 1 in D Major, Op. 4 for Violin and Piano by Henryk Wieniawski with Christopher O'Riley, piano