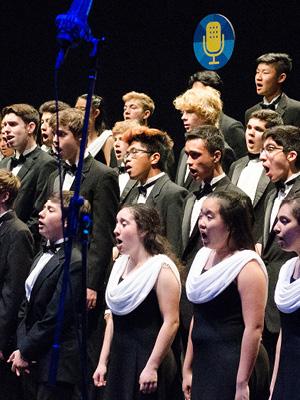 The Gunn High School Concert Choir from Palo Alto, California is comprised of 120 kids grades 9-12, directed by William Liberatore. Recently, the Gunn choir was selected as a finalist and garnered the most public votes out of a dozen total choirs in KDFC’s Local Vocal competition, winning this appearance on From the Top. The award-winning choir will perform at the Anaheim Choral Festival in May.