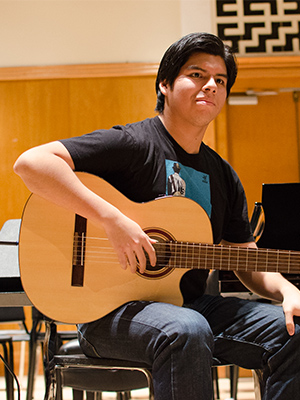 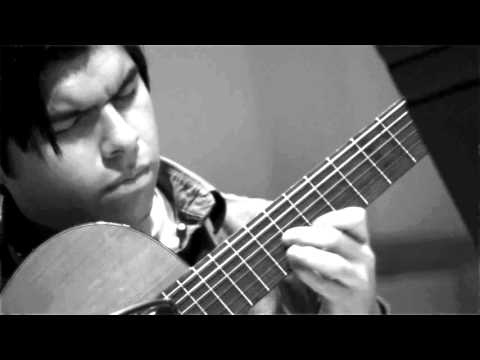 Gianfranco Baltazar (guitarist and composer), 18, was born in Lima, Peru and at age six moved to San Francisco, California. He studies guitar and chamber music with Scott Cmiel at both the Ruth Asawa San Francisco School of the Arts and the San Francisco Conservatory of Music and studies composition at the John Adams Young Composers Program with Director Matthew Cmiel and Chicago Symphony Composer-in-Residence Samuel Adams. The San Francisco Ballet School will feature one of his compositions on their 2016 Showcase Concert. He has supplemented his study of classical guitar with research and performances of traditional Peruvian music. When not playing guitar or composing Gianfranco can usually be found with a soccer ball.