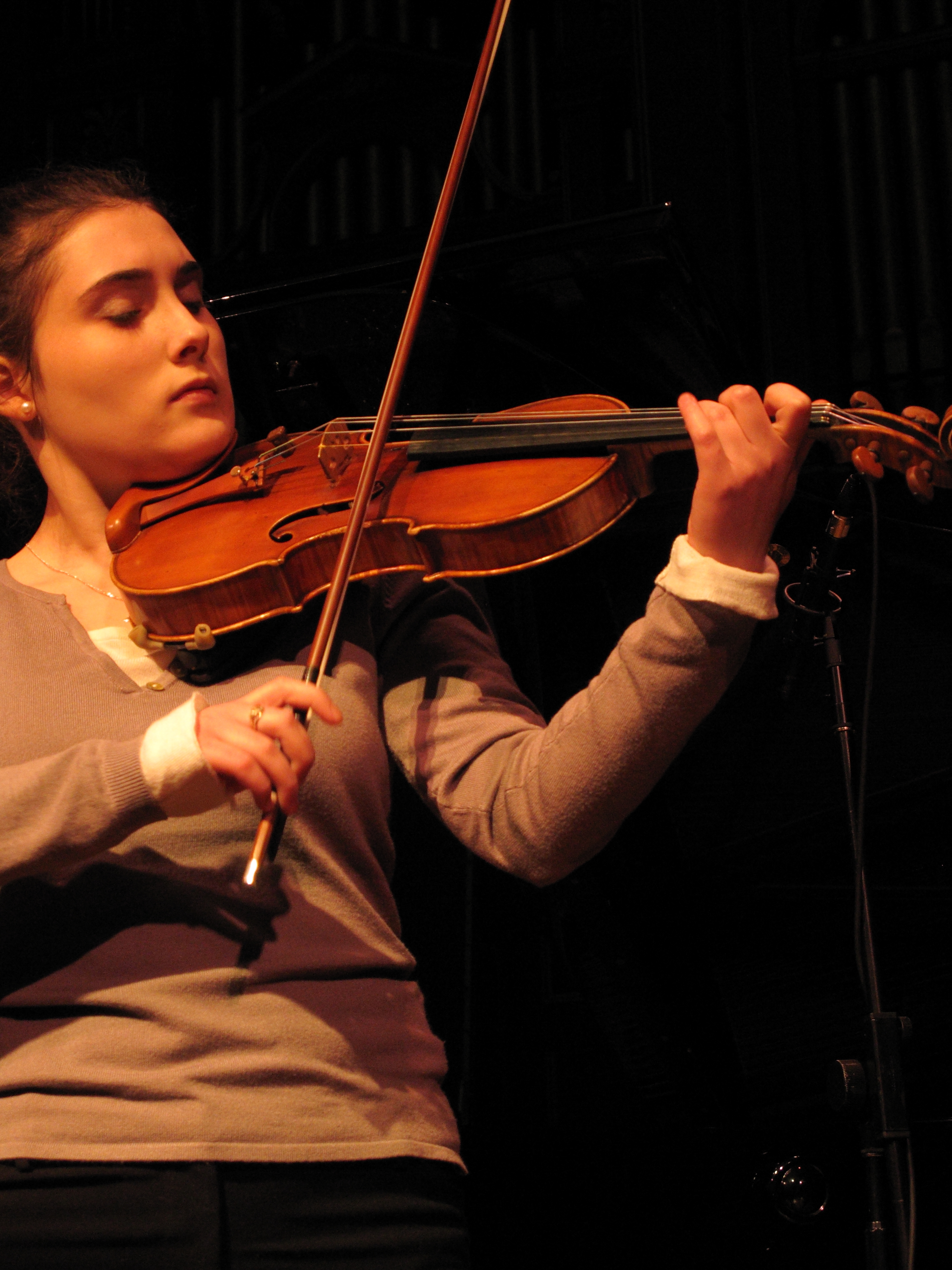 Gergana Haralampieva will appear on Show 365, recording in Boston on February 3, 2019.

Gergana Haralampieva (violin), 16, was born in Bulgaria into a family of professional musicians and soon after moved to the Czech Republic where she began her violin studies at age 5. She moved to Norwood, Massachusetts in 2005, where Gergana continued her violin studies at the New England Conservatory Preparatory School, first as a student of Farhud Moshfegh, and now as a student of Paul Biss. A student at the Walnut Hill School for the Arts in Natick, she is also a recipient of From the Top’s Jack Kent Cooke Young Artist Award. Last year, she was one of the winners of A Far Cry Chamber Orchestra’s Concerto Competition. Gergana is a member of the NEC Youth Philharmonic Orchestra and has soloed with the Merrimac Valley Philharmonic Orchestra. She also loves to bike, swim and spend time with her family.

Show 212, Boston, MA
Variations on a Theme of Corelli by Fritz Kreisler

From the Top · Gergana Haralampieva, Violin