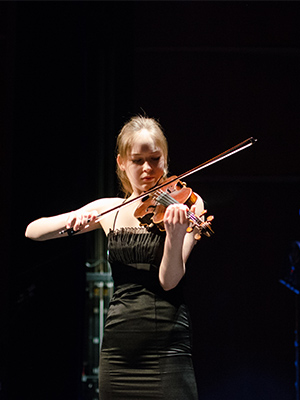 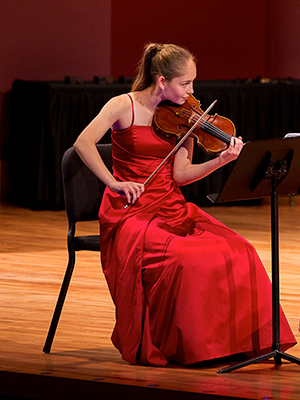 Geneva Lewis, (violin), 17, is originally from New Zealand, and now lives in Irvine, California. She studies violin with Aimee Kreston at The Colburn School. Her string quartet won the gold medal in the junior division of the 2015 Fischoff National Chamber Music Competition. Geneva has also won the Grand Prize of the ENKOR Competition. In addition, she competed in the Menuhin competition in 2014. Geneva plays on a 1991 Terry Borman violin, loaned by the Doublestop Foundation. In her free time she loves to play tennis, dance, and travel.

Show 306, South Bend, IN
The first movement, Allegro sostenuto, from String Quartet No. 2 in F major, Op. 92, by Sergei Prokofiev